My recipe site is an ongoing work in progress. I love to cook and create new things, so you’ll find I frequently make updates to the recipes. My site hosts a wide variety of recipes from a basic pot of spaghetti made from jarred sauce, to fiery hot Jamaican meat pies. Also included are several of my mother-in-law’s recipes that were my husband’s favorites growing up.

As more and more of our kiddos move out, I want them to have this as a place that feels like home, a place to find the meals they loved as kids. We had a daughter get married last month, and I’d like to think in time she will also add her own recipes for her own children to pass down.

One of our daughters lived on a college campus freshman year and called home asking to be guided through cooking recipes in her dorm room. Now that she is a junior and back living at home, she is starting to make recipes on her own. The spinach stuffed chicken breast recipe came from her. It’s delicious! Another one called me from Washington state because I changed my chicken and dumpling recipe while she was actively making it! Our youngest has learned to make quite a few meals in the last year or so.  As she becomes more adventurous in her cooking and enjoyment of “different” foods, I am hoping she would like to be an additional contributor.

Now that the kiddos are older, I have become much more adventurous in cooking for my husband and myself, that’s where the Jamaican pies came in!  And although I’m very excited to share some of my newer recipes, you can always find the basics here.

I don’t have fancy dishes or a fancy camera, or great lighting in my kitchen for that matter, but I do have some damned good recipes, so ENJOY! 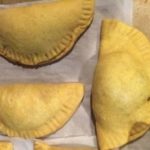 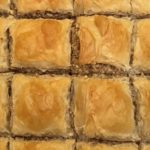